Law, Crime and Deforestation in the Thai Countryside

How are forest crimes defined? In Thailand, forest-dependant communities, rather than the government and companies carrying out large-scale deforestation, became scapegoats for this destruction. Official conservation policy became focused on applying the law against forest populations with the use of extreme violence and criminalization.

This article is also available in Thai: กฎหมาย อาชญากรรม และการตัดไม้ทำลายป่าในพื้นที่ชนบทของไทย

How are forest crimes defined? And who commits them? The following cases give a flavour of how the law has been applied against Thai forest-dwelling communities in recent years, and what the consequences have been.

In Kaeng Krachan National Park, in the west of the country, state officials have burned the houses and seized or destroyed the belongings of residents from the Karen ethnic group. Communities have demanded to be allowed to return to their original territories after living conditions in the new homes were they were relocated proved to be insupportable.

Kaeng Krachan is a large forest along the Burmese border and has been home to indigenous Karen communities for 100 years. In 2011, the Thai government proposed that the area become a UNESCO World Heritage nature site, although the application has not been approved. Since 2011, intimidation and violation of the human rights of local residents have been frequent, culminating in the pushing off of 98 Karen families from the park. 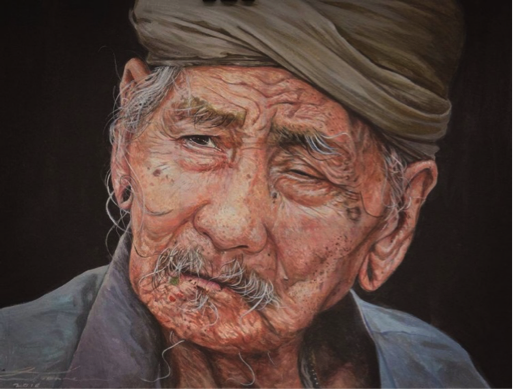 Grandfather Khaw-Ee Meemi, then aged 100, one of those who were evicted and saw their houses burned, testified in 2012 to the administrative court case in which he was one of the plaintiffs that “When I first opened my eyes as a newborn baby, there was the forest in front of me. That was the place I drank my first drop of milk.” Khaw-Ee was born in 1911 – 30 years before Thailand’s first forestry law was even promulgated, and 50 years before the first National Park law.

Pawlajii (“Billy”) Rakjongjaroen, Khaw-Ee’s grandson, who had been continuing the struggle for the rights of the Karen in Kaeng Krachan, disappeared in 2014. Five years later, the Department of Special Investigations uncovered bone fragments whose DNA matched that of Pawlajii’mother in an oil drum beneath the surface of a reservoir in Kaeng Krachan.

In 2016, Den Khamlae, a leader from the Khok Yao community in the land rights’ struggle in the northeastern province of Chaiyaphum, also disappeared under mysterious circumstances. Bone fragments from a human skull were later found in the forest. DNA in the fragments proved to be similar to that of other members of Den’s family.

Den had participated in the longstanding struggle, widespread across the northeast, against the official registry of a National Reserve Forest on land long occupied by small farmers and against its seizure for industrial eucalyptus tree plantations. His wife, Suparb Khamlae, was jailed for supporting the defense of the land of the of Kok Yao community under the argument of “encroaching state forest.” (1)

In 2014, when the National Council for Peace and Order staged a military takeover of Thailand, it used its temporary constitutional powers to issue NCPO Order 64/2014, which empowered the military to return the seized forest land and institute proceedings against the businesses involved. In practice, however, it was poor villagers whose land had been taken who had to face criminal and civil charges. Only one year after the NCPO Order 64/2014 was issued, people across the country appealed to Thailand’s National Human Rights Commission because the Order was being used to evict villagers in official forest areas, seize their lands and destroy their belongings without any oversight or verification of the facts.

Between 2014 and 2019, some 46,600 cases were brought against villagers for forest encroachment. At Chaiyaphum courts, for example, using the National Park Law, villagers have been imprisoned, evicted from their land, and had damages levied on them.

A state public relations poster from Phitsanuloke province:
“Return forests to the country.”[/caption]

Criminal and civil lawsuits have been brought not only with regard to forest land, but with regard to other state lands as well, as with some of the approximately 410 cases that have been brought against activists with P-MOVE, a movement network for social justice. According to this network, here too, land inhabited by villagers has been seized, villagers have been imprisoned, or damages sought against them in civil court for harming nature.

According to Human Rights Watch, between 2016 and 2018, the National Human Rights Commission of Thailand received more than 100 torture allegations from the south provinces of Pattani, Yala, and Narathiwat, where the military routinely uses a combination of the Martial Law Act and the Emergency Decree on Public Administration in a State of Emergency to detain and interrogate people for up to 37 days without charge or access to legal counsel. (2)

And although the NCPO was formally dissolved in July 2019 when a new government took office, the current Thai constitution protects NCPO members and anyone acting on their orders from ever being held accountable for human rights violations committed during military rule. Many critiques argue though that the NCPO is still very much intact in powerful positions.

Rubber as a Criminal Tree

Rubber plantations in state forest areas have been declared illegal in accordance with the National Council for Peace and Order (NCPO) policy, but it is villagers’ small-scale plantings that have been especially targeted. Military and civilian officials have cut villagers’ rubber trees and forced them to sign agreements to turn over the land they live on to the state or be subject to legal action.

State officials justify these actions, and intimidate the rural people whom they target, by claiming that the villagers are actually capitalists or are being backed by big business. In Thailand, logging concessions were given to British companies long before the founding of the Royal Forestry Department in 1896. Concessions for teak plantations continued to be given out to British companies until around 1954, when foreign concessions ran out, together with the bulk of the nation’s teak resources. At that point, parastatal enterprises (that is, enterprises owned or controlled wholly or partly by the government) began working on hardwood logging concessions. Between 1961 and 1985, the forested area of the country shrank from 53 to 28 per cent. Between 1981 and 1985, deforestation rates in Thailand were among the top ten in the world, with state logging operations playing a leading role in the devastation.

In 1988, logging was banned in Thailand as a result of rural communities’ efforts to protect forests together with a popular environmental mobilization following catastrophic floods in the south of the country. Yet, while the Agriculture Minister of the time, who ordered the ban, enjoyed wide public acclaim for his action, the sacrifices of the villagers who had pushed for this forest protection were largely overlooked. They, rather than the state and companies, became the scapegoats for deforestation. Official forest conservation became focused on applying the law against rural villagers.

Forest Laws for Whom?

In early 2018, the construction of a housing project for Thai government’s judicial officials on the slopes of Suthep Mountain in Chiang Mai attracted strong public criticism for having destroyed an area of dense forest. The land had originally been in possession of the army and thus had not been gazetted as forest land under the law, but was close to a National Park that critics claimed had been encroached upon.

For local protesters, the double standard was clear: the state was constantly seizing ordinary villagers’ land and community forests on “conservationist” grounds, yet was itself a key forest offender. In mid-2018, the government was forced to end the housing project and undertake reforestation of the site.

The Thai government’s attempts to force people off their land date back many decades. But they become especially violent during coup governments. For example, the government of the National Peacekeeping Council that came to power in the 1991 military coup launched a resettlement programme for impoverished villagers living on so-called degraded National Reserve Forest land. Similarly, the National Council for Peace and Order (NCPO) – now under siege by student-led protests although not formally in power – relies on the unjust application of military and state force in its policy to repossess forest land through the courts.

The implementation of forest policy in Thailand tends to base itself on un-sourced numbers that claim that the country “must” have 40 per cent forest cover – around 20.5 million hectares. Currently around 42 per cent is legally classified as forest land, even though much of that has few trees. That makes at least 1.9 million of the country’s inhabitants, or around 636,000 households and an unspecified number of communities, into official lawbreakers whose rights can be legally violated without much recourse being available to them.

More imprisonments and land seizures are sure to come.